Different than what the name implies, the Scouts of Darkness do not seem to be monsters whose sole purpose is to scout. The first and most logical reason for this hypothesis is the lack of eyes and ears on the creatures' heads. However, their sense of smell is on par with that of the Shadow Vampires. Another aspect that backs up this theory is the astounding number of hideous teeth, claws, and horns that cover all the Scouts of Darkness' bodies, bursting from their insides. However, their name comes from being the first creature cataloged with the not so uncommon ability that the darkness' spawns have to sense life forms from afar, making them usually the first to jump in to attack.

The Scouts of Darkness may be found lurking alone or moving with terrifying hordes of the Darkness' aberrations, and although they have no weakness to light, it is in the dark that these creatures turn into deadly nightmares. Their keen sense of smell, together with their astounding speed, makes them the perfect sneaky hunters for the Darkness' ranks. While charging in the dark, these abominable monstrosities let out a bone-chilling shriek that shakes the hearts of even the bravest warriors that hear it. Before they have time to think, or react, teeth, claws, and horns tear every part of them in instants, leaving only severed limbs over a pool of blood. These ferocious attacks make the scholars wonder if the victims of the Scouts of Darkness can catch a glimpse of their own dilacerated body before Darkness swallows them. 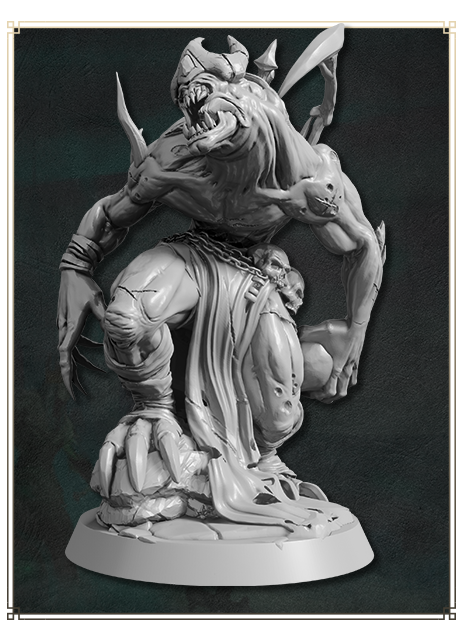