Since the Age of Darkness began, deadly threats have been all around Daren. With no way to predict where the next attack from the hordes of Darkness will be, everyone now lives in fear. Barred doors and weapons on the bedside have not been this common in at least a century. Even mercenaries now avoid certain places no matter how much one would be willing to pay them for protection. However, it is a common saying that says "Times of crisis are the best to do business." As stupid as it may sound to the common folk, there are those that have put these words to the test.

Thieves, burglars, smugglers, cheaters, raiders. These are all business lines that seem to thrive during such difficult times, at least in Daren. With courage and faith, in the gold, these workers in the shadows take every opportunity to enrich themselves despite where it may be or what dangers may lurk around. For them, the greater the danger, the greater the riches. It is no wonder that many reports from search parties and volunteers to the Setting Sun Church mention thieves and scavengers lurking wherever the hordes of Darkness have already attacked. These reports are also thickened by the ones mentioning the restless tomb raiders.

One in particular came to the attention of the Setting Sun Church's scholars. A tomb thief found in ancient and strange ruins in the middle of Gil Garoth, almost at the border of Hellscar. Judging by the dangers faced by the adventurers that entered those ruins, the cunning and talent of such thieves could not be argued. Avoiding dozens of traps and enemies, the thief seemed joyfully entertained, even when confronted by the adventurers. A strange aura is also mentioned in the report, though the scholars learned to dispense with such allegations. Adventurers at the Service of the Setting Sun Church constantly work under a huge amount of stress that can affect their clear judgment.

It came to be known later, that such tomb thief is not just a regular raider, though almost a legend among his kind.

The other rogues claim he has almost supernatural senses of both dangers and treasures alike, and that he is almost invisible when needed. True or not, it is undeniable that some of these raiders seem to have a great perception of these matters. As such, the scholars study a way to employ these shady workers for counselors and members of search parties. 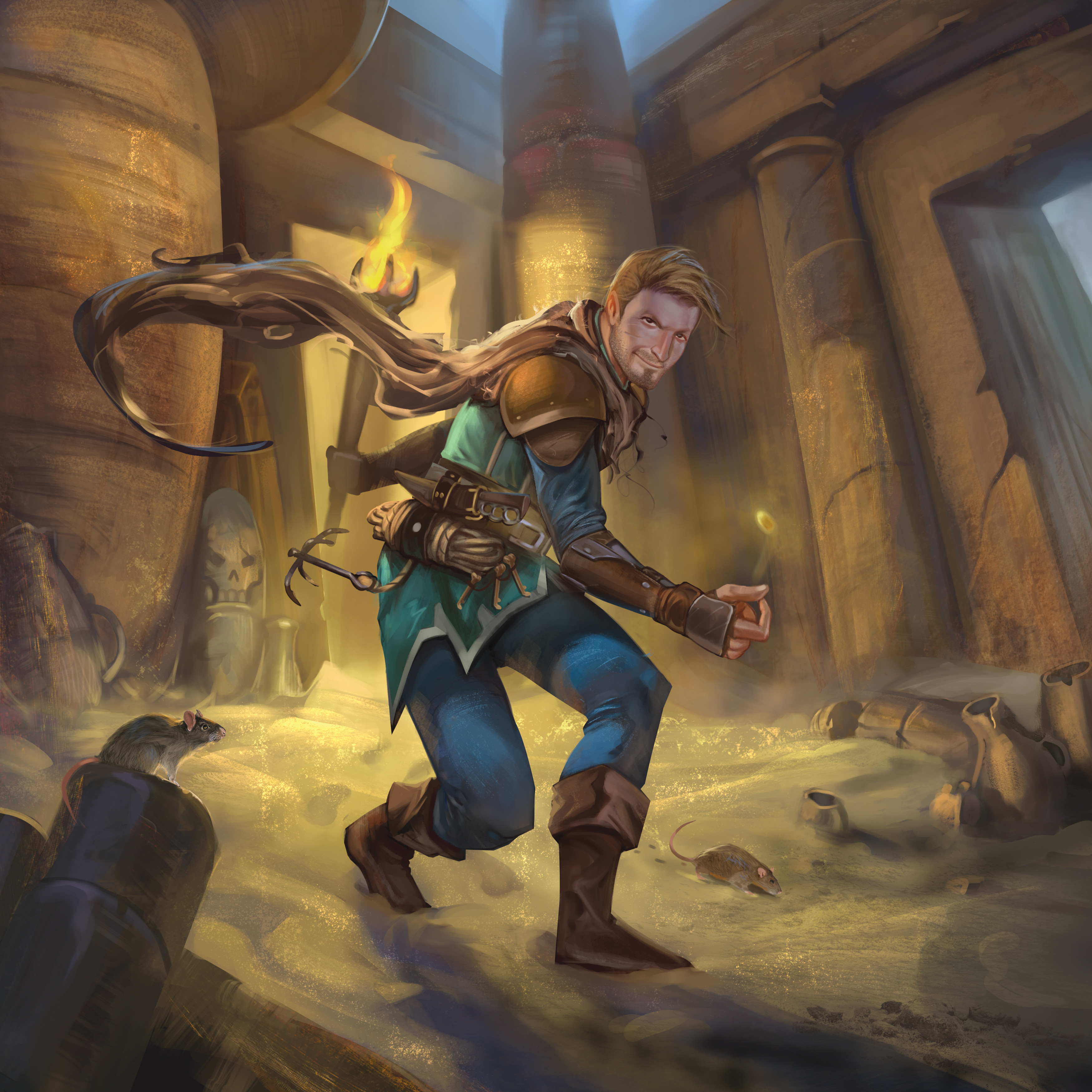