Besides the Valkyries, the best warriors on the frozen lands of Daren, another people live in the baren ice lands. These strong, fighting people are known throughout Daren as the Ice Folk. The reason for such a general name comes from the fact that pretty much any person from any of the mortal races can be an Ice Folk, and usually are. Orcs, humans, halflings, elves, dwarves. All of the races have already been seen among the Ice Folk. Many of them apparently being there for so long, that their phenotype, their physical traits, differ drastically from their original main branch. Stories of blue orcs are not unheard of, of halflings with feet as furry as a bear's.

This barbarian is one of the Ice Folk. Reports say that she was found living among the Valkyries, fleeing her original settlement, attacked by the forces of Darkness. With no family nor friends left, she fled, carrying her two children and fighting through the hordes of Darkness to reach a safe haven among the best warriors she knew, the Valkyries of Daren.

Taken in and cared for, this barbarian mother had time to heal her wounds and care for her children, while helping her saviors to build defenses and tend to the village. However, her rage would not subside.

After losing all of her friends and part of her family, this warrior could not shake the desire for revenge from her mind. A feeling that steadily grew inside her as she knew that with each passing day the forces of Darkness multiplied their strength and numbers at the cost of her loved ones' bodies. More than once, she tried to convince the Valkyries to join the fight. Though the winged warriors would not. Their duty was with the Ice Cairn. A frozen lake, so important, that if the forces of Darkness corrupted it, the whole world would succumb in days.

The report says that the barbarian warrior offered her help to investigators at the behest of the Setting Sun Church. With her two babies and a powerful battle axe, she stood at the border of the Valkyries settlement, ready to join the war against the Darkness. Eager to avenge her loved ones and most of all, to protect her babies and the world they would soon inherit. Fighting the Darkness, for this warrior, meant not only survival, though the future for her offspring, and for the ones who would come after them. 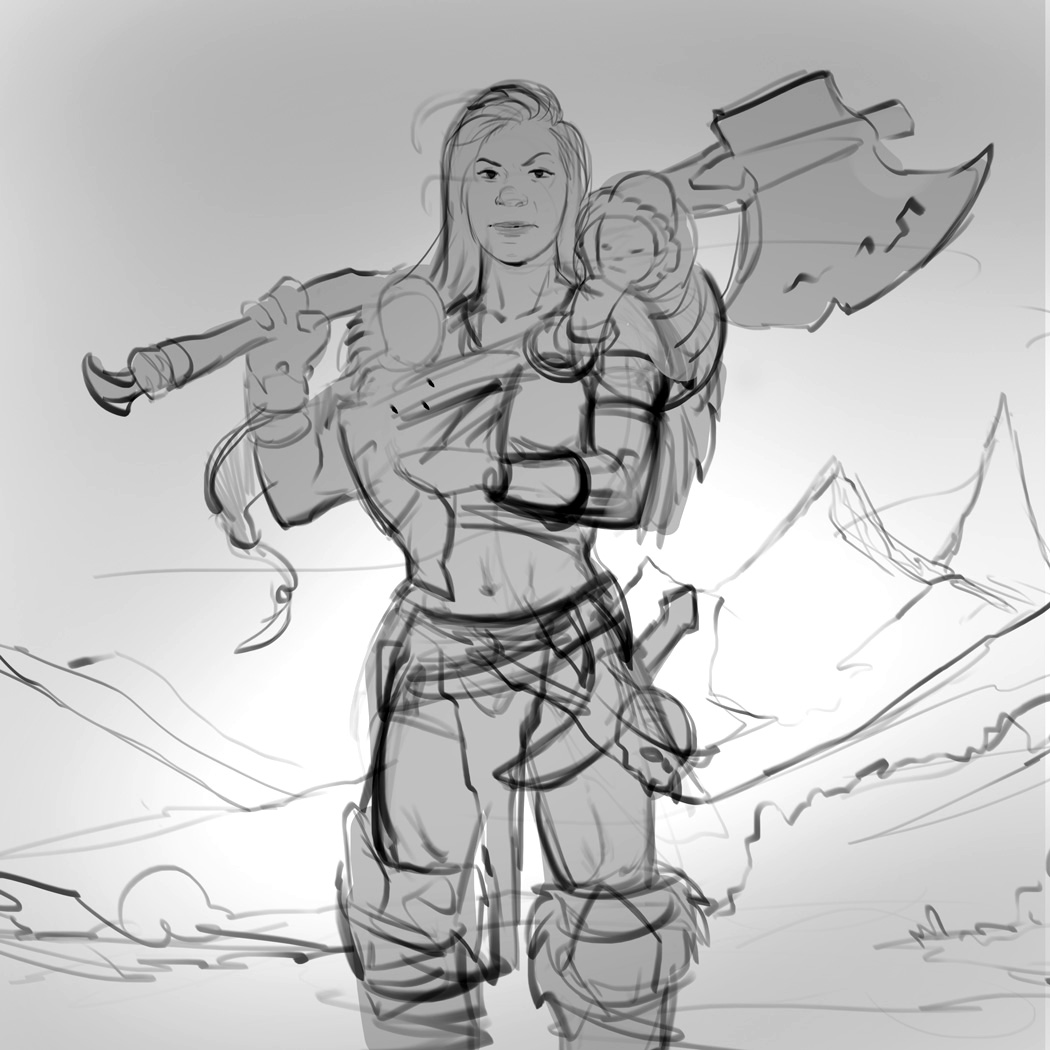 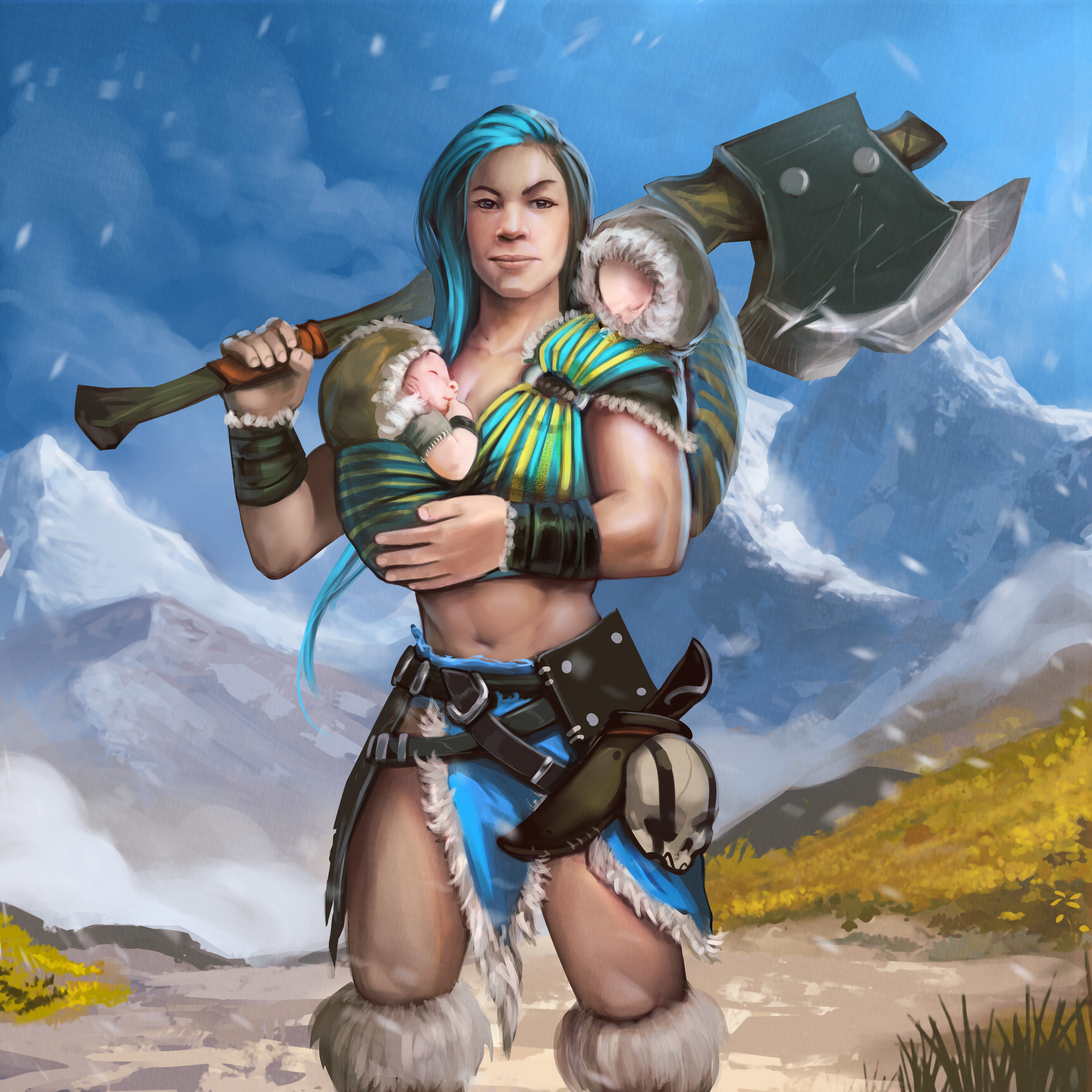